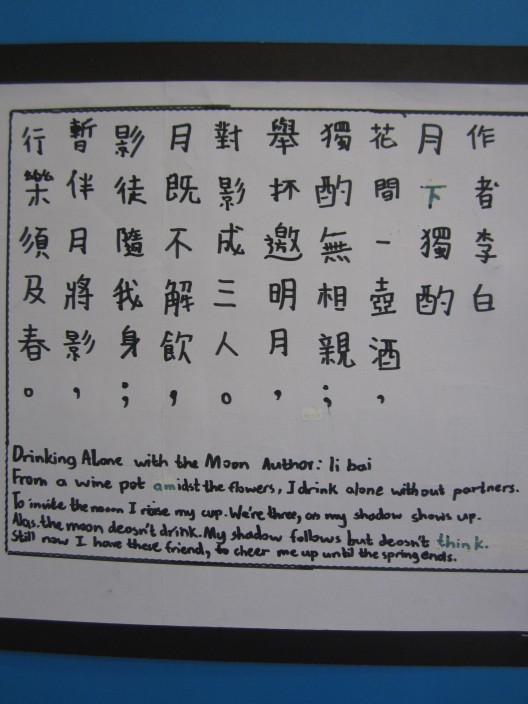 With respect to ELLs, there is undeniable and growing evidence that the home language of ELLs is of considerable benefit to their overall academic success.

This is the first post in the new “Spotlight on Good Practice” series. The goal of the series is to get teachers and schools talking about critical issues in supporting language learners in their schools. This first profile spotlights Jennifer, a Grade 3 teacher at the European International School Ho Chi Minh City.

I visited the school mid-March to provide three days of professional development for the staff of the school, primary and secondary, and for parents. On the first day we did two intensive sessions, the first was “Bilingualism in Education: Understanding your learners”, and the second was “Languages in the Classroom”. As with most schools I visit, the staff were mainly English-speaking, and their training and experience for working with language learners ranged from very little to fully trained EAL teachers. For staff with little training (and, let’s be honest, for monolingual staff) the content of these first two sessions can be challenging. We debunk quite a few myths about language learners in schools (no, children are not sponges!) and look at the critical relationship between home language development and school language development, and how the former can scaffold the latter.

The second morning, Jennifer arrived in the library to show me a poem a student had brought to her. She does a poem a week activity with her students, but this student had taken the initiative and brought in a poem written in his home language (Taiwanese) and translated into English. Connecting to the content of the previous day’s sessions, she wanted to show me the poem, and discuss her impressions of his work. It was a beautiful example of languages in connection – the Taiwanese writing with English translation at the end. The translation itself showed clearly the influence of his thought patterns and expressions in his own language, which led to an inflected yet clear English poem.

In the meantime, teachers and students can’t wait for these policy debates to be settled before deciding how or whether to draw upon ELLs’ home language. The question arises how can schools and teachers, even those who are monolingual, act on evidence that clearly shows the personal, cognitive, linguistic and educational value of using the linguistic resources that ELLs bring to school.

Rather than just admiring the student’s work and moving back to her teaching, Jennifer took this poem, and turned it into a whole-class celebration of poetry and languages. The students were all asked to find and bring in a poem in their own languages. They began the process in class, and then continued with their parents at home. The parents were contacted by email about the project, and responded enthusiastically. The children all arrived with their poems the next morning, some translated already, some ready to display. Each student had the opportunity to present their poem to the class, and show their skills in their home language. You can imagine the impact on the students who are less confident in English, to be given place at the front of the class to use the language they are best at, and show their expertise to their peers. It also gave the children the opportunity to see and discuss the wide variety of writing systems used by their peers.

So one small poem, which could have been easily set aside or forgotten, became the basis of a unit that celebrated the diversity of the class, that promoted the importance of home languages, and that connected the strength of home languages to the task of producing a poem in English, therefore functioning as a language-development exercise as well.

Hats off to Jennifer, for being a brilliant and reflective teacher, and to Iain Fish, Head of School, who creates an environment in which teachers are also enquirers, in this case, on the topic of language learners in their school.

The two quotes from Fred Genesee are from this excellent post: The Home Language: An English Language Learner’s Most Valuable Resource

For more information about the Spotlight on Good Practice series, the introduction can be found here.

If you’d like to share a good practice story, from your class, your child’s class, a colleague’s class, please email me at: eowyn@crisfieldeducationalconsulting.com