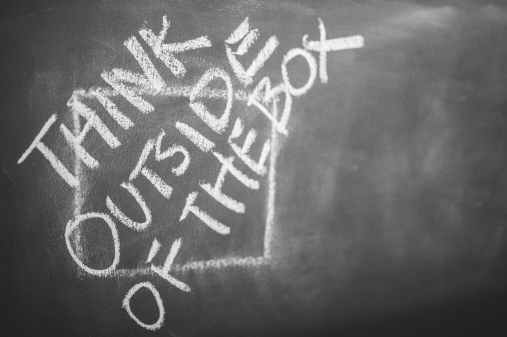 Over the last decade or so, the OPOL method of raising bilingual children has gotten a lot of positive press. It sounds pretty simple – One parent, one language. So I speak French to my kids and my husband speaks English to them, and they will grow up bilingual. Sounds easy, yes? But the reality, as with anything to do with families or children, is not as simple or clear cut.
Just employing the OPOL method can produce bilingual children, but over my years of working with bilingual families, I have seen that it doesn’t guarantee success. Here are what I find to be the most common complications or limitations of OPOL:

1) Lack of minority language development.
Realistically, if a couple in the Netherlands, for example, have one English-speaking and one Dutch-speaking parent, their children are going to grow up hearing *far* more Dutch than English. By the time the kids are in school (or earlier if they are in child care in Dutch) they will be spending the majority of their time in Dutch, even more so if the English speaking parent works full time. Realistically then, one parent speaking English with the kids for an hour or so every day is possibly not going to be enough to produce “bilingual” children.
What can you do? In this situation, the family needs to find more time for English, whether that means English-speaking child care, or both parents using English at home, some or all of the time.

2) The slide towards the majority language….
In many bilingual families, the minority language speaking partner also speaks the majority language. This happens a lot in the English-speaking world (or other immigrant paradigms) where, for example, a Spanish/English speaking American marries an English-speaking American. Often, the Spanish-speaking parent sets out with the bet of intentions, determined to pass on Spanish to the children. But then they use a lot of English too, to be inclusive with friends and family, and to talk to child minders/teachers… and the kids very quickly pick up on the fact that Spanish is not *necessary* to communicate with that parent, or with anyone. They can use English all the time, and be just fine. So the children start speaking to the parent in English, and while the parent makes a valiant effort to keep speaking Spanish, eventually the use of Spanish dwindles… and the children are not bilingual at all, or anymore.
What can you do? From the beginning, if you are the minority speaking parent, know that your job will not be easy, and you will have to work at it. I meet parents all the time who tell me that they thought raising bilingual children with OPOL would be easy. It’s not, for many of us. If you are serious about passing your language on to your children, set your goals (what kind of language do I want them to have, what do I want them to be able to do?) and then make a plan. Activate all the resources in your network or find a new network that provides you, and your children with the language input and support they need to achieve bilingualism.

3) Lack of cohesion and consistency
Sometimes a parent who speaks both languages (and possibly other languages) in an OPOL family can have problems choosing what language to speak. So, they use a little of this, and a little of that. A lot of the OPOL literature stresses consistency, and I believe it to be true that consistency is desirable, primarily in the early years when the language system is being formed. Also, the early years are the time that the parents have the most influence over their children, so if you are passing on a minority language, it’s important to use these years to transmit as much language you can – there will be lots of time for #1 and 2 above to happen… but if you did a great job of building a language foundation before your kids start to only use the majority language, they have a better chance of coming back to the language later. Does it really mess kids up if a parent uses two languages, intermixed? I don’t think we really know the answer to this yet, as there are too many variations in family language use. But I do think that it’s best to be consistent, as much as possible, in the early years, if only to make your children’s task easier. Once the children are older, and have well-developed language systems, you can be more fluid in your language use. I use English, French and Dutch with my kids all in the same day, and sometimes even in the same conversation, and it’s a way of developing their linguistic abilities, and using translanguaging to deepen knowledge.
What can you do? This comes down to what motivates each parent, personally. You can do some reading on how to best use OPOL, or just make a resolution to only use “your” language with your children. It’s helpful for both parents to be on the same page about this, and to see the benefits of consistent language input for young children.